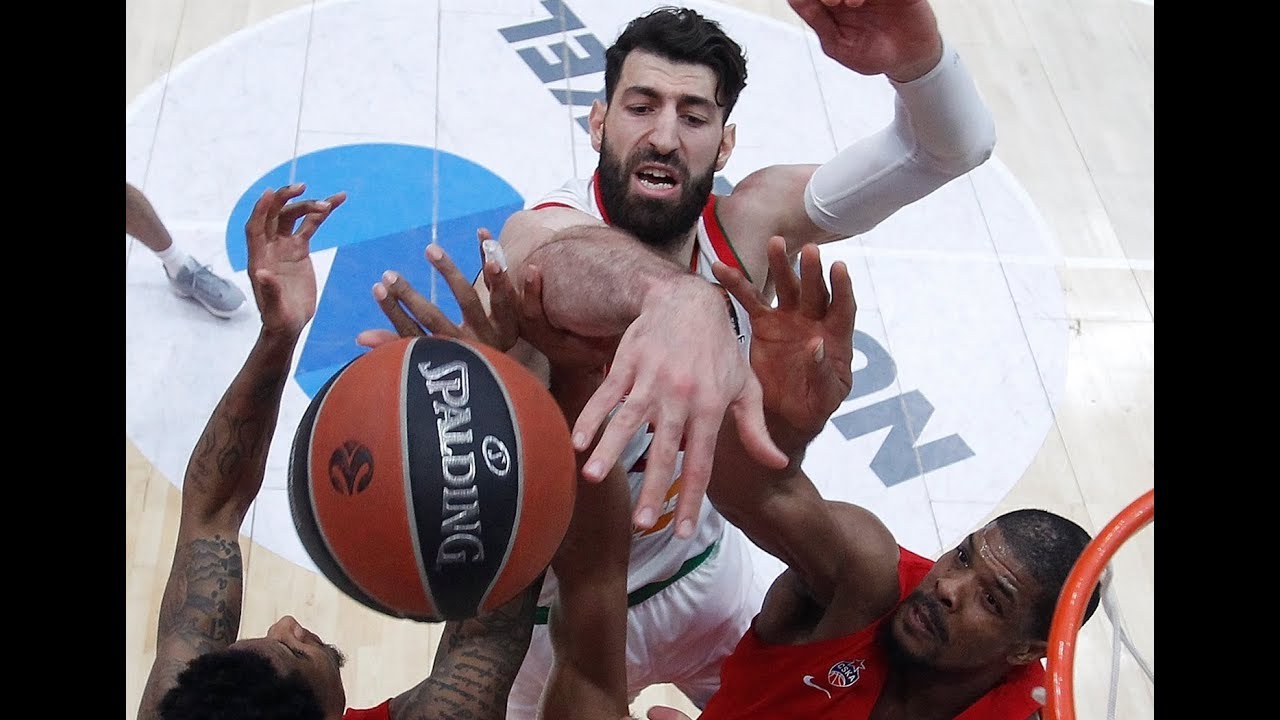 KIROLBET Baskonia Vitoria-Gasteiz overpowered CSKA Moscow 68-78 on Thursday night at Megasport Arena to even their best-of-five playoff series at 1-1. In doing so, Baskonia wrested away the home-court advantage in the series, which swings to Spain next week for two games at the home of the 2019 Turkish Airlines EuroLeague Final Four, Fernando Buesa Arena. Darrun Hilliard paced the winning attack with 16 points, Shavon Shields scored 15, Vincent Poirier tallied 14 points, 15 rebounds and 4 steals and Patricio Garino added 11. The victory was Baskonia’s first over CSKA in Moscow since the 2005 Final Four – a run of 15 consecutive defeats. Cory Higgins paced CSKA with 15 points and Will Clyburn and Sergio Rodriguez netted 14 points apiece. CSKA scored the game’s first points, but Baskonia answered with a 0-8 run and never trailed again.

Baskonia made two changes in its starting lineup with All-EuroLeague big man Toko Shengelia and veteran playmaker Marcelinho Huertas moving into the first five at the expense of Poirier and Luca Vildoza. The visitors got going with an 0-8 run in which Shields and Garino nailed three-pointers to lead 2-8. Shengelia’s second foul came less than 4 minutes into the game and he took a seat on Coach Perasovic’s bench. After Nikita Kurbanov’s three drew CSKA within 2, another strike by Shields and a put-back by Poirier boosted Baskonia to 10-17 and prompted a CSKA timeout. Baskonia continued its momentum and Poirier free throws made it 18-27 after 10 minutes. Matt Janning knocked down a triple early in the second quarter to send the margin into double figures. Poirier dominated on both ends and Hilliard free throws made it 20-34. The hosts looked to come back as a Rodriguez three closed the deficit to 9, which caused the Baskonia bench to call a timeout. The momentum swung CSKA’s way as the hosts scored on the break, off offensive rebounds and in the halfcourt. Rodriguez fed Othello Hunter for an alley-oop slam that capped an 11-0 run and brought their team within 3. Baskonia withstood the challenge and through Vildoza and Poirier surged to 33-42. Poirier committed his third foul in the final seconds of the half and Clyburn split free throws to make it 37-42 at the break.

Both teams brought back their starters to open the second half. CSKA rallied through threes by Higgins and Rodriguez, but Garino shouldered the scoring for Baskonia to keep the visitors ahead 47-53 midway through the quarter. Clyburn drew CSKA within a shot with a three-pointer, however, Baskonia regrouped to reel off 11 unanswered points to end the quarter and led 52-66 on a Hilliard triple. The same man added a second three early in the fourth to give Baskonia its biggest lead, 54-69. CSKA managed to slow the Baskonia attack, but struggled to get things going on offense. Higgins connected from downtown, which caused the visitors to call timeout at 63-72. Hines drew the hosts within 7, but CSKA then missed its next 5 shots – 4 of them from behind the arc – as Baskonia reclaimed a double-digit advantage, 65-75. CSKA played hard till the end, but it was Baskonia’s night.

Vincent Poirier dominated every moment he was on the floor to finish with 14 points on perfect shooting, 15 rebounds and 4 steals. Not only did he not miss a shot, but several of his buckets were spectacular slams. Poirier tied the club record for steals in a playoff game. His rebounding total was the most in a playoff game for anyone since Richard Hendrix collected 16 for Maccabi Electra Tel Aviv against Baskonia in 2011. Maccabi won that series to reach the Final Four in Barcelona.

Patricio Garino may not have had the best line of Game 2 for Baskonia, but his key third-quarter contributions played a big role. After Cory Higgins opened the second half with a three-pointer to bring CSKA within 2, the second-year forward scored on three of Baskonia’s next four possessions to keep the hosts at bay. Each of those baskets came with CSKA breathing down Baskonia’s neck and helped keep the lead and psychological advantage that proved crucial.

Despite the loss, it was a historic night of milestones for CSKA big man Kyle Hines. He finished the game with 6 rebounds and 2 offensive boards. The second offensive rebounds gave Hines 500 for his career. He became the second man – after Felipe Reyes of Real Madrid – to achieve that feat. He also broke a tie with Antonis Fotsis for sole possession of ninth place with 1,130 career boards.
Make sure you’re checking out more of my videos and “SUBSCRIBE” to be notified every time about new video!